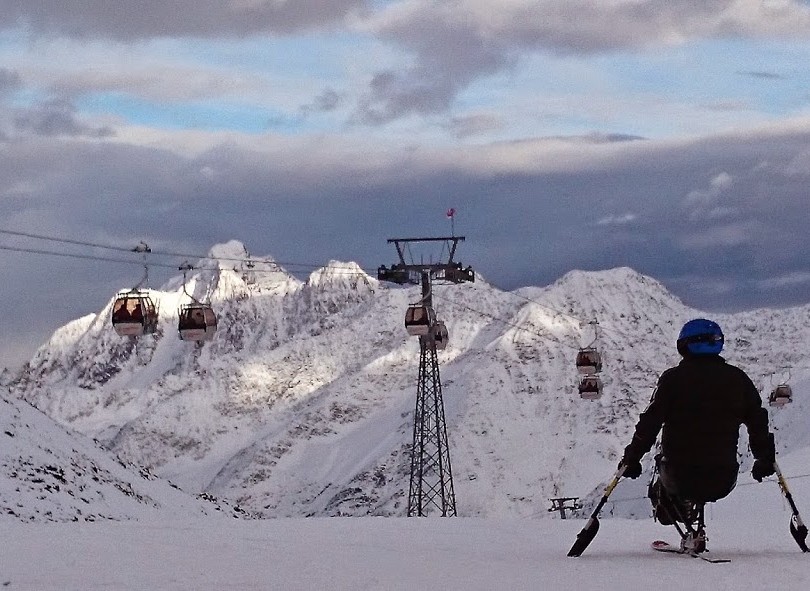 Nick has been learning to monoski at an indoor slope in the UK.  While some people are content enjoying the consistency and safety that an enclosed environment has to offer, others, such as Nick, are using the ski halls as a means to an end.  The end being to be able to ski on a real mountain on real snow, with weather, scenery, space and fresh air. 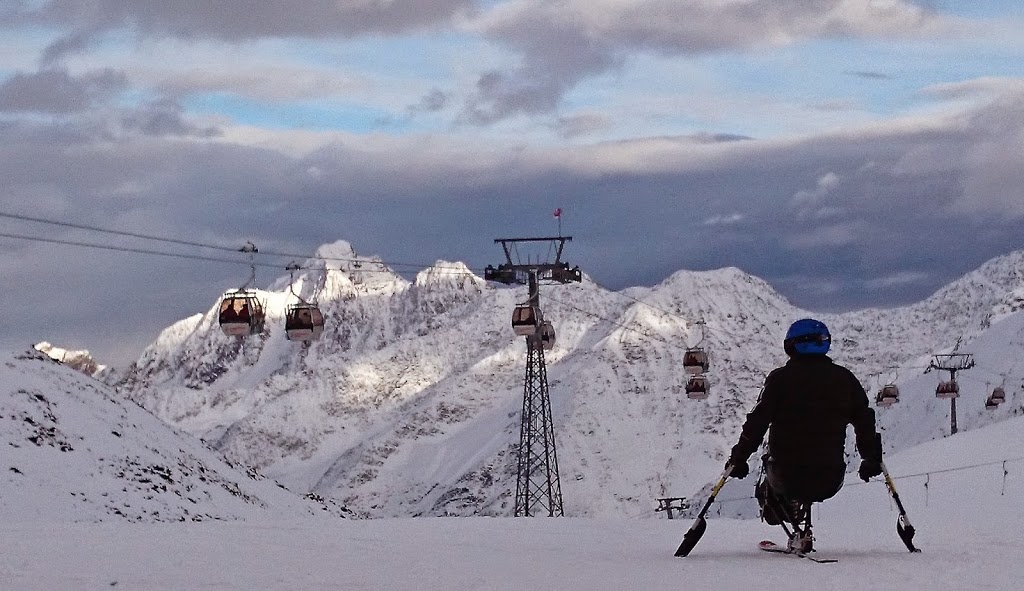 Nick decided that his first trip to the mountains would be to Stubaier Gletscher in Tirol. However, having achieved his goal, Nick discovered that the end is actually the beginning. There is a whole mountain to explore – not just one run. The snow conditions can make a massive difference to how you ski.  And, of course, the weather can make or break your trip.
Undoubtedly, learning to ski in the UK gave Nick a head start though nothing in the UK could prepare him for dealing with flat light.  The visibility had the biggest effect on his skiing. 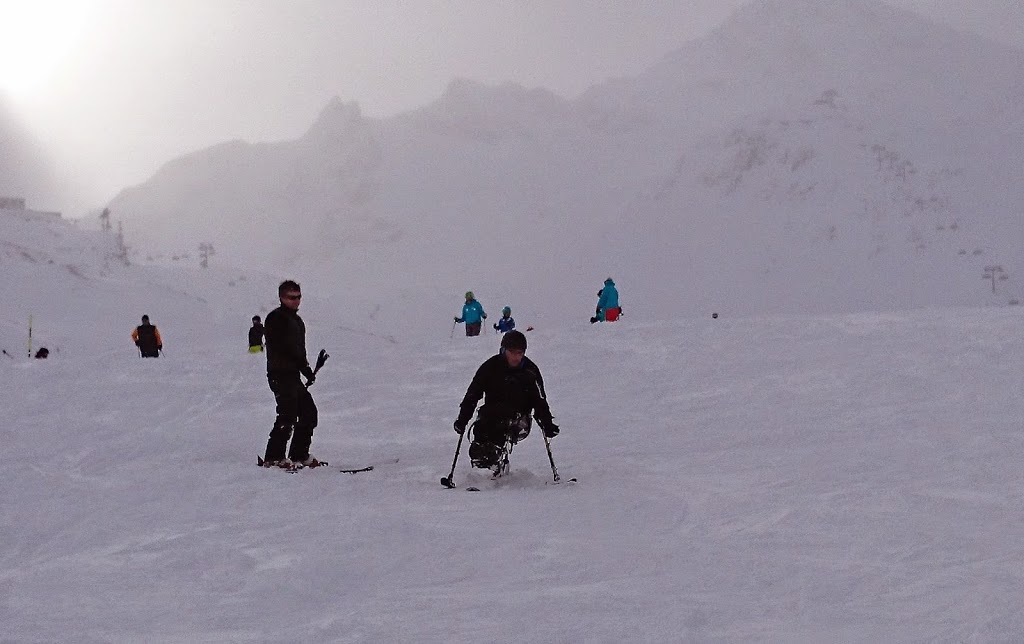 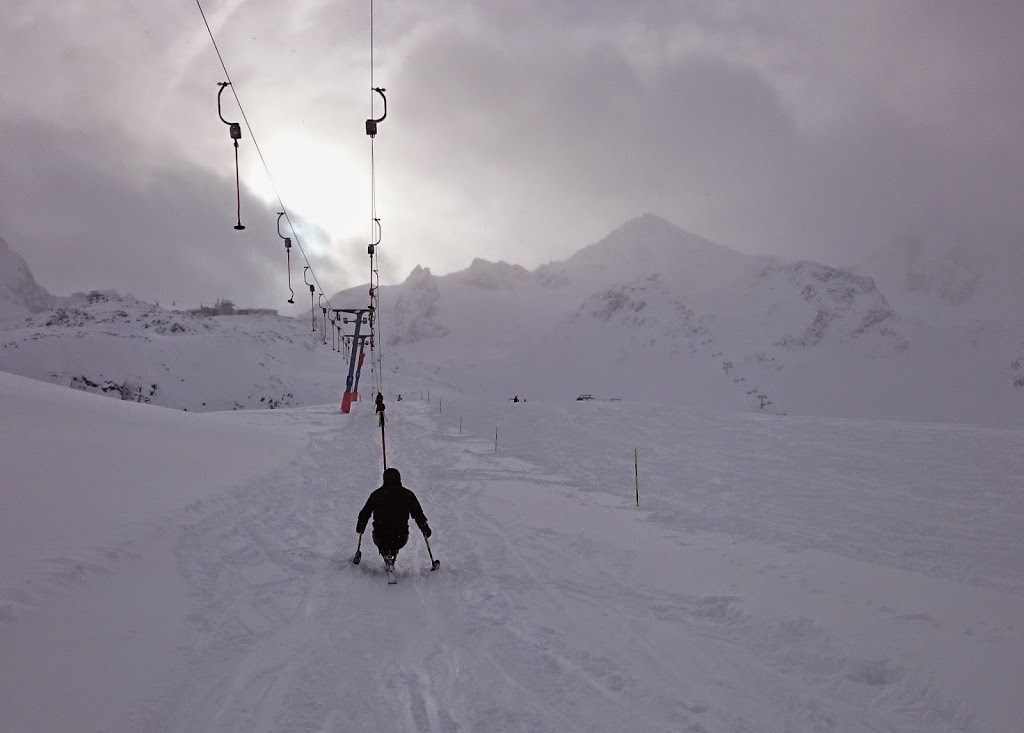 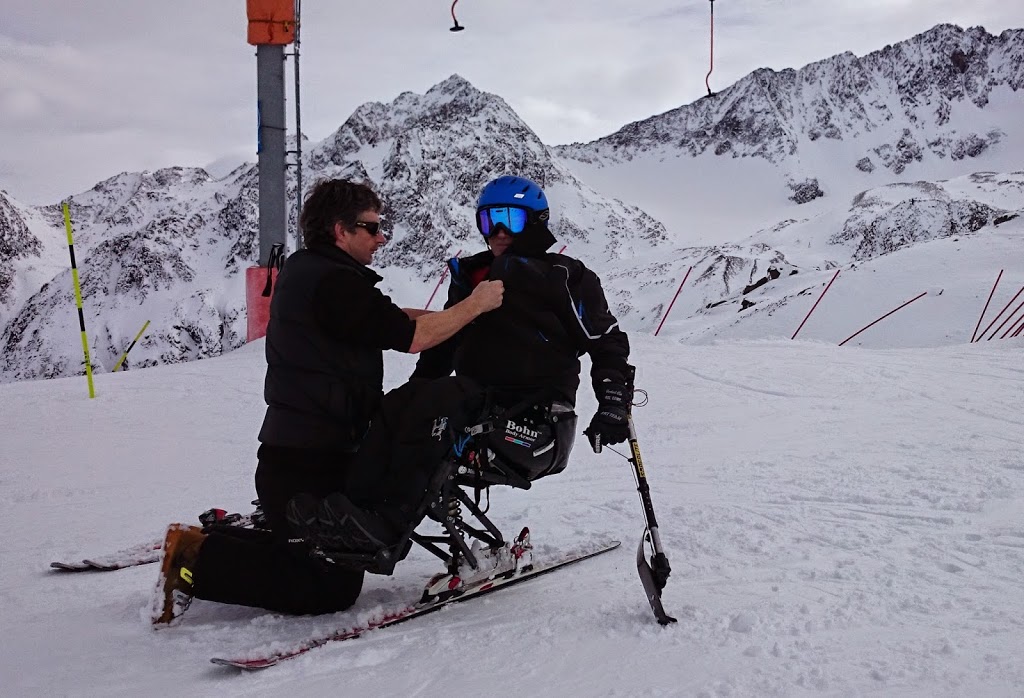 There were ups and downs during the week, mostly in direct correlation with the weather. However, Nick won’t be beaten.  He said after the last run on his last day that he’ll be coming back for more – he has unfinished business with the mountains! 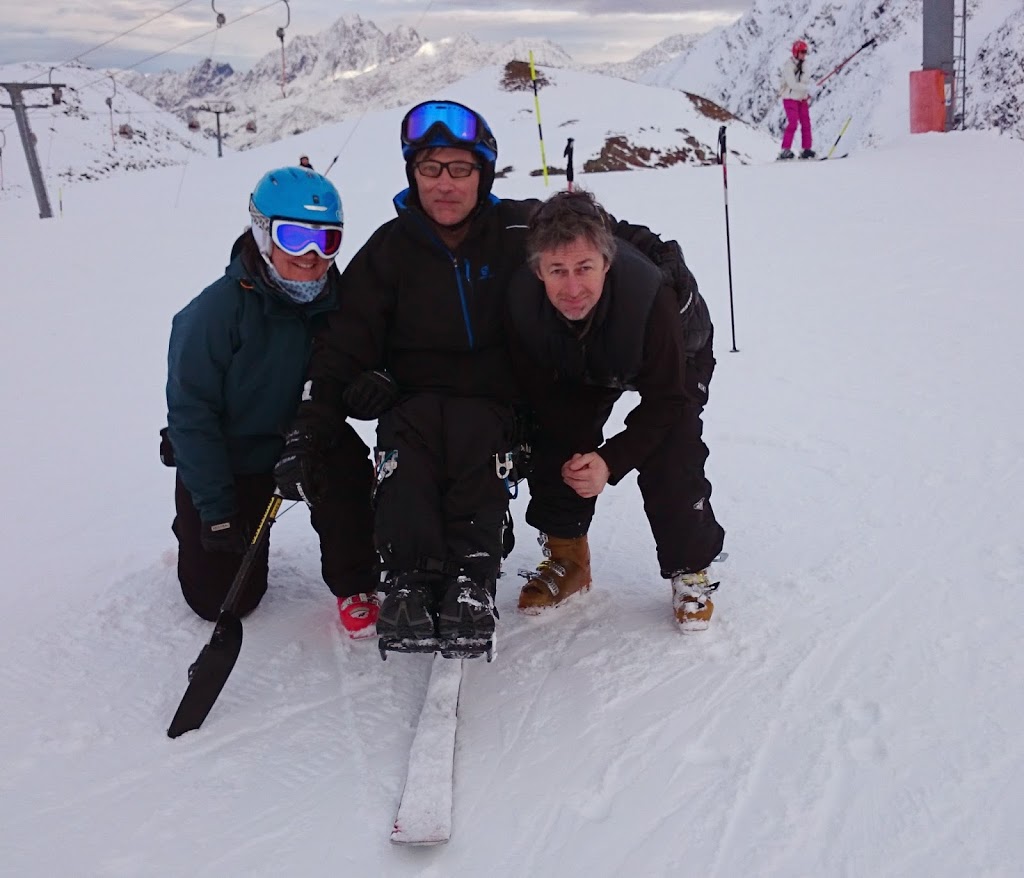 2 thoughts on “Monoskiing on a Mountain”