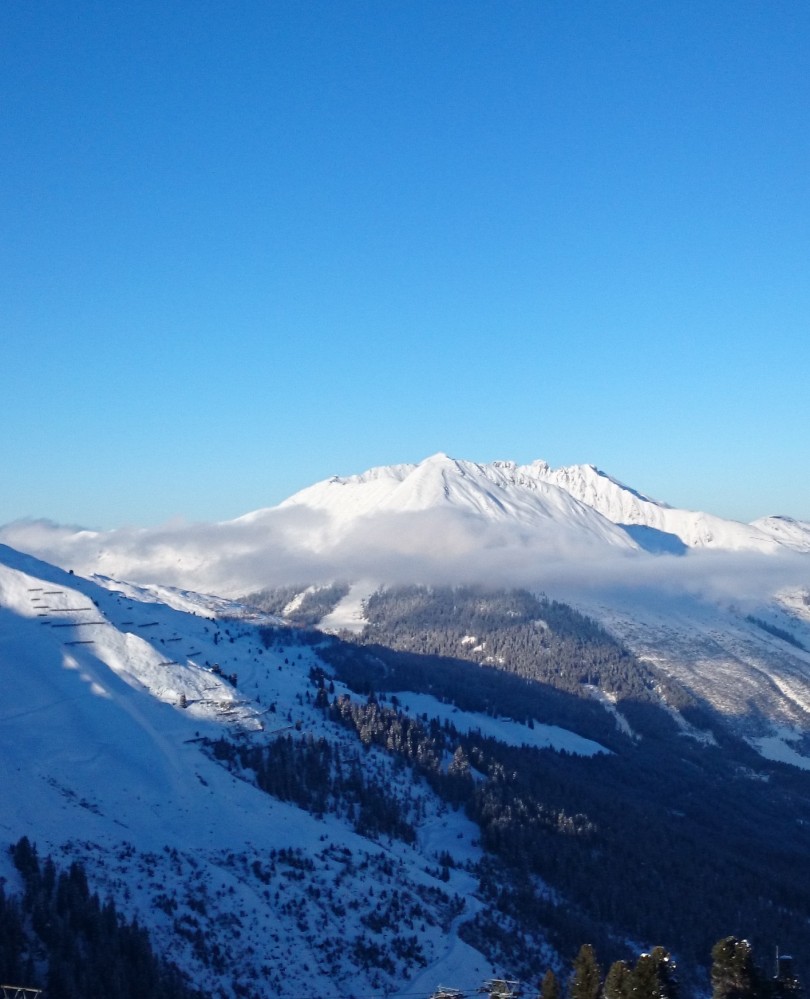 Well, the season so far has been a strange one.  It is the start of February tomorrow and it feels like the season is only just getting going.  It helps that it has been snowing all day and we have had to shovel snow several times already today.  (I never thought I’d see the day that I would be happy to have to shovel snow!)
The end of November and the beginning of December looked promising.  The ski area had made a good base of man-made snow and we got some natural snow on top and then…  It hardly snowed at all for the rest of December.  Over the high season Christmas and New Year holiday weeks we had artificial snow to ski on.  It was fine (but I can’t say it was great!)  Man-made snow makes a great base, but doesn’t feel anywhere near as nice to ski on as real, fresh snow.
Since then the natural snow layer has been gradually building up – a few centimetres at a time. The pistes are now in fantastic condition.  Sadly, off piste it is a different story.  There are unstable layers in the snow pack, whenever it has snowed it has been windy and rocks are never far away from the surface.
The forecast is for the trend of fairly regular but small snowfalls to continue.
Let’s hope so! 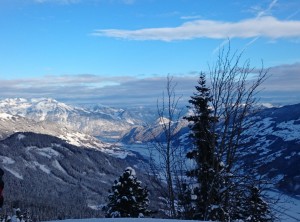 There have been some pretty days 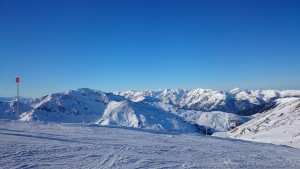 At the top of the Zillertal Shuttle in Hochfügen 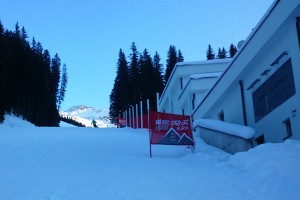 The setting sun shining on Marchkopf 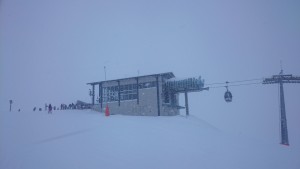 Sometimes the weather has been wintery