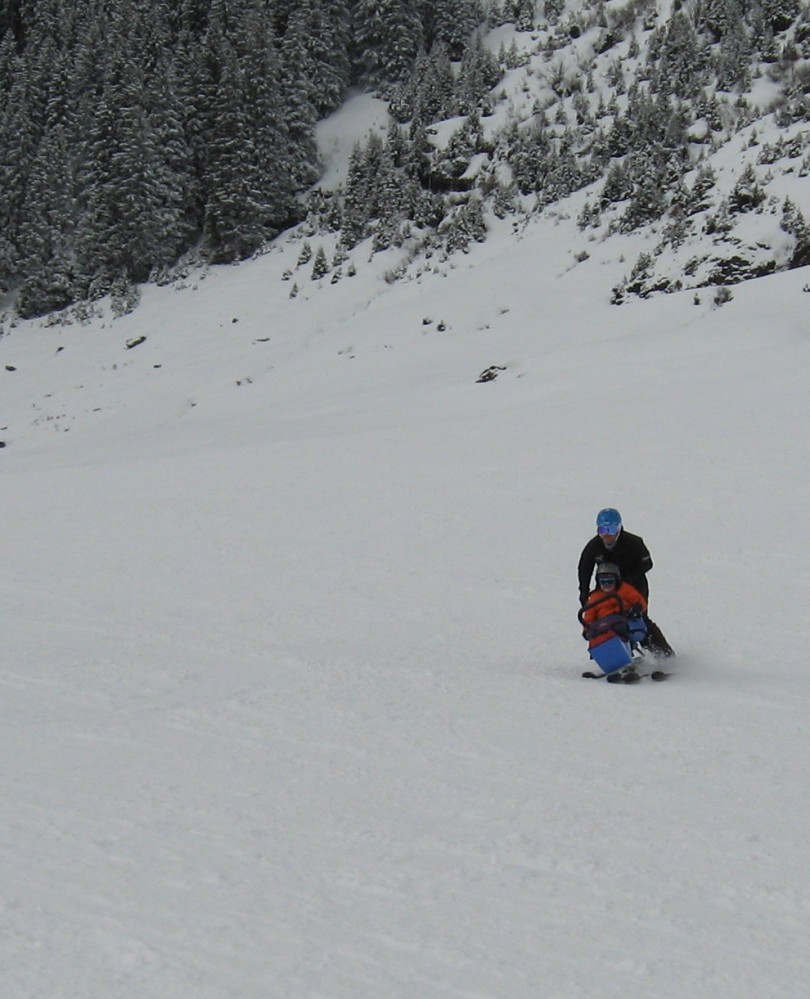 When I started training to be an adaptive ski instructor, many years ago!, we had to learn about specific disabilities that we would encounter whilst teaching skiing. I was reflecting recently about how many students I have skied with in the last few years who have a disability that was on that original list. The answer is, not many… Sometimes I am contacted by people who talk about a disability that I am not familiar with. As was the case with Billy. Billy’s Mum contacted me asking if I could take her son skiing in a sit ski. As an instructor I always want to know what ability my potential skier has – what can they do and what is their possible potential. I also want to find out if/what disability they have as sometimes there can be conditions, behaviour, symptoms that I need to be aware of. So, when Billy’s Mum told me that Billy had Apert Syndrome my first stop was Google. Before the internet was in everyone’s pocket, in the shape of a smart phone, information was much more difficult to find. However, in a short time and combined with the information I had about what Billy could do I was able to build up a picture of how it might be to ski with Billy.
Apert syndrome is a genetic disorder that causes abnormal development of the skull. In Billy’s case this has lead to a visual impairment, a hearing impairment, balance issues, hypotonia (poor muscle tone) and a lot of surgery in his 8.5 years!
We arranged that Billy would come for two sessions during February half term. On the first day we stayed close to where his family was. I wasn’t sure if Billy was enjoying it at first, he didn’t say much but his family assured me that he was happy. On the second day Billy was clearly very excited to be going skiing again and didn’t stop talking! The weather was better so I decided to go to the top of the mountain. Billy told me that he loved skiing over bumps so of course that meant that we had to ski the BMW xDrive Canyon of Joy!
Billy’s family didn’t come up to the top of the mountain with us so I made this video to show them what Billy did in the biski.