It’s been snowing in the mountains so we went ski touring to get our first powder turns of the new season in Hochfügen.  Hochfügen are opening for the new season on 26th November. It looks like they’re working hard to get everything ready.

The new Waidoffen chairlift was being worked on.  Apparently it will be ready to go next week. 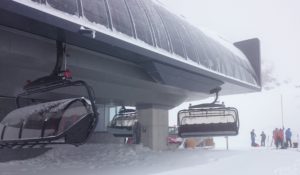 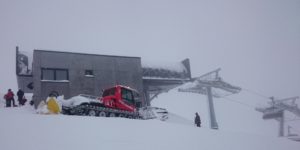 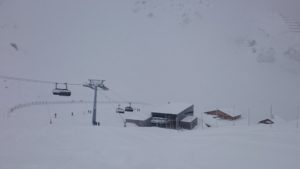 The only way up there was with touring skis and the weather wasn’t sparkling. However, a lot of people had braved the bad weather and poor visibility to get out and make some turns.  It was worth it for the lovely, cold powdery snow! 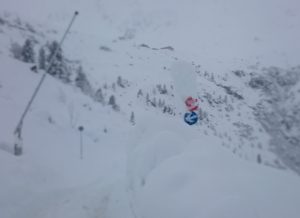 This picture made me chuckle – it’s difficult to see, but there is a large cap of snow on top of the sign. Obviously, the snow cannon has been running!