The Hochfügen webcams have been quite distracting this week.  The lift company have been working hard.  At one point, earlier in the week, I wondered if the lifts would be open this weekend but then they announced that they will open on 30th November.  However, the area looked so inviting that I decided to take my touring skis and go and have a look.  The day dawned foggy and dismal down in the valley but Hochfügen was above the cloud.

The first shock was to see how many cars were already in the car park in Hochfügen when I got there.  It seems that everyone had had the same idea.  The number of people walking up was incredible!  It seemed like there were more people walking up than we usually see skiing down on Saturdays during the season. 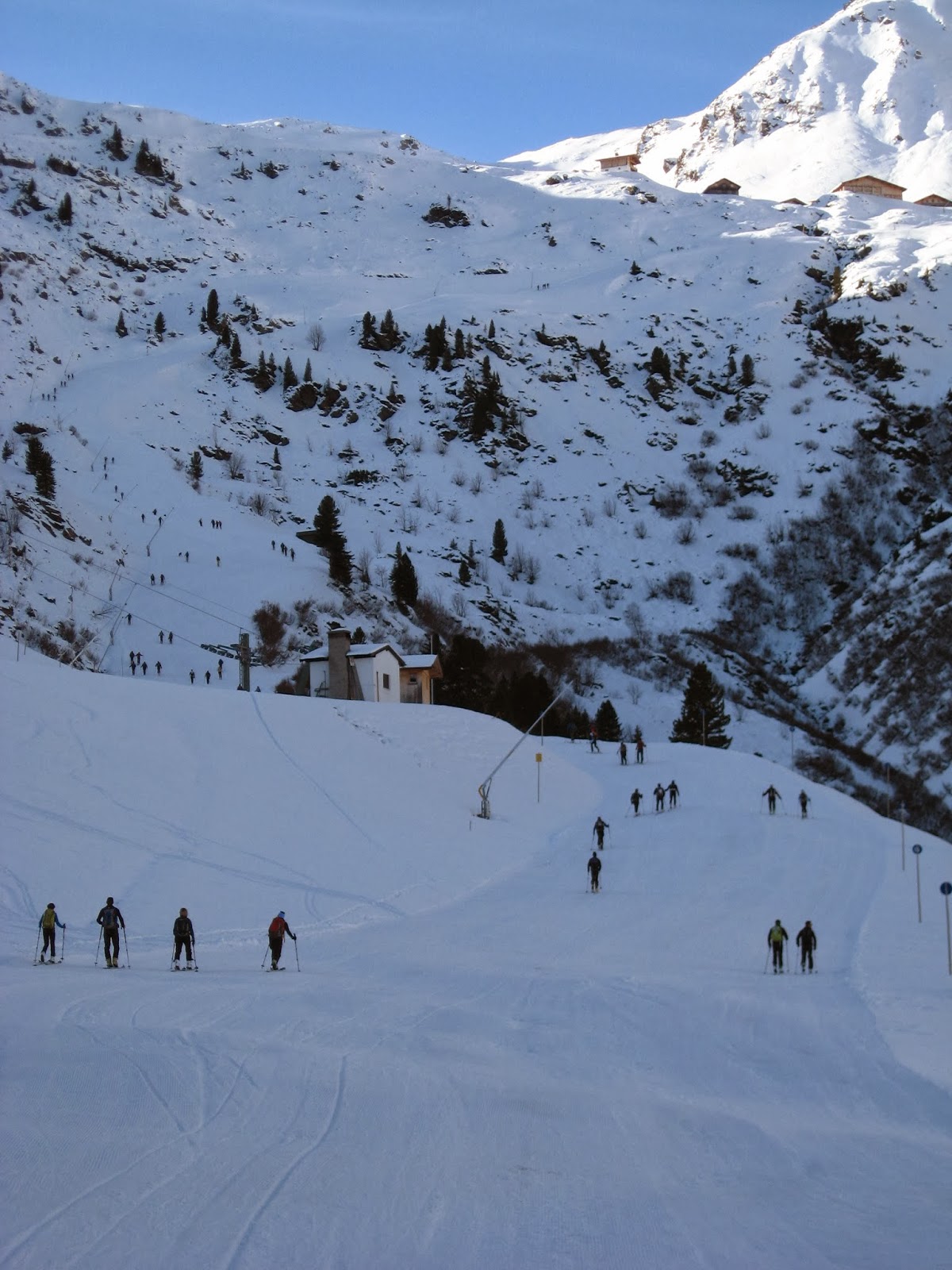 A lot of people had gone earlier than me, so as I got higher up the mountain some of them were starting to ski down.  Lower down there was man-made snow which was pretty solid and sounded quite scrapy as people skied past.  Higher up it was better with more natural snow. 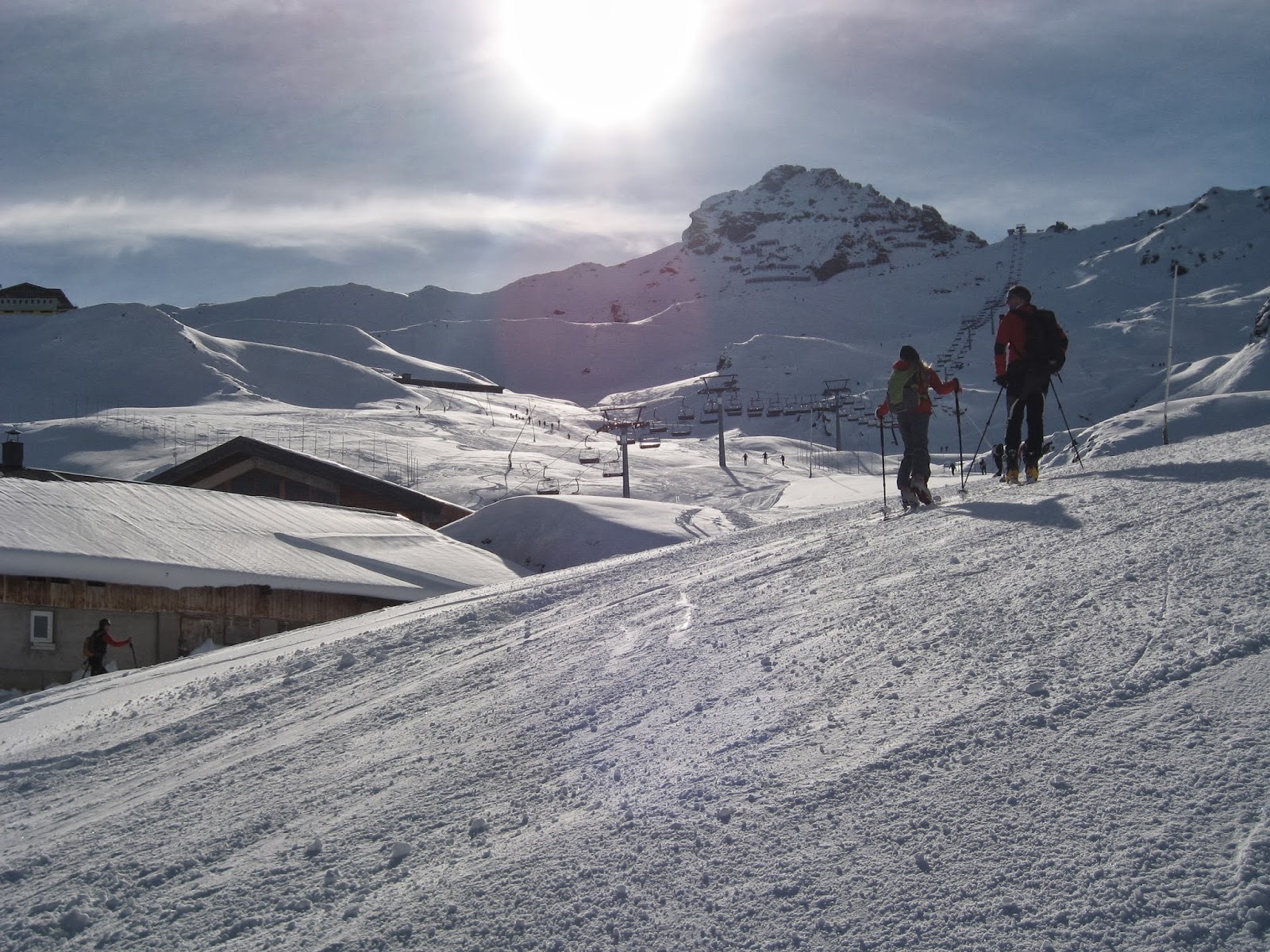 A benefit of being one of the last people walking up was that there was no-one around on the ski down.  There was a mixture of hard, icy man-made snow, man-made snow with a breakable crust (nice!), perfect piste – hero snow, and some fluffy natural snow that made it all worthwhile! 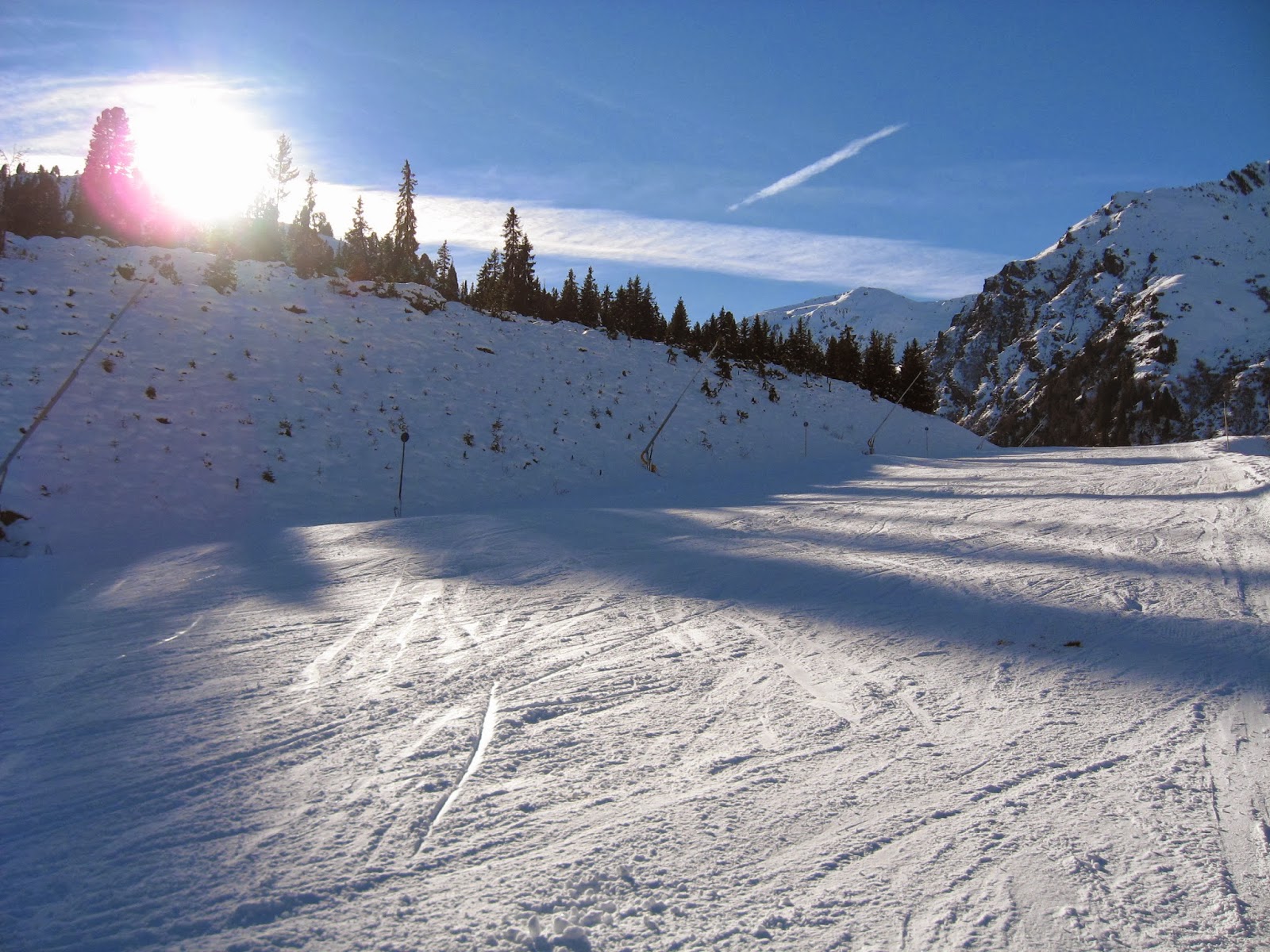 The season is getting closer…  Let’s hope it’s a good one!