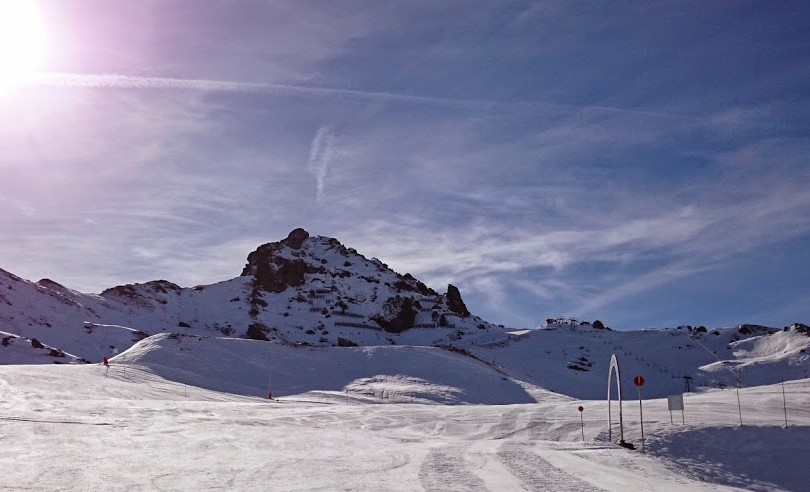 It’s hard to believe that 2 weeks ago I was in Hochfügen and everywhere was green.  Today was a different picture.  The paths that I was walking on a couple of weeks ago have been completely hidden by well prepared piste.

It seems that after the storm last week the piste machines have been busy compacting the snow and making a solid base.  It doesn’t look like they have made any snow yet, although the snow cannons are in position and ready to go. 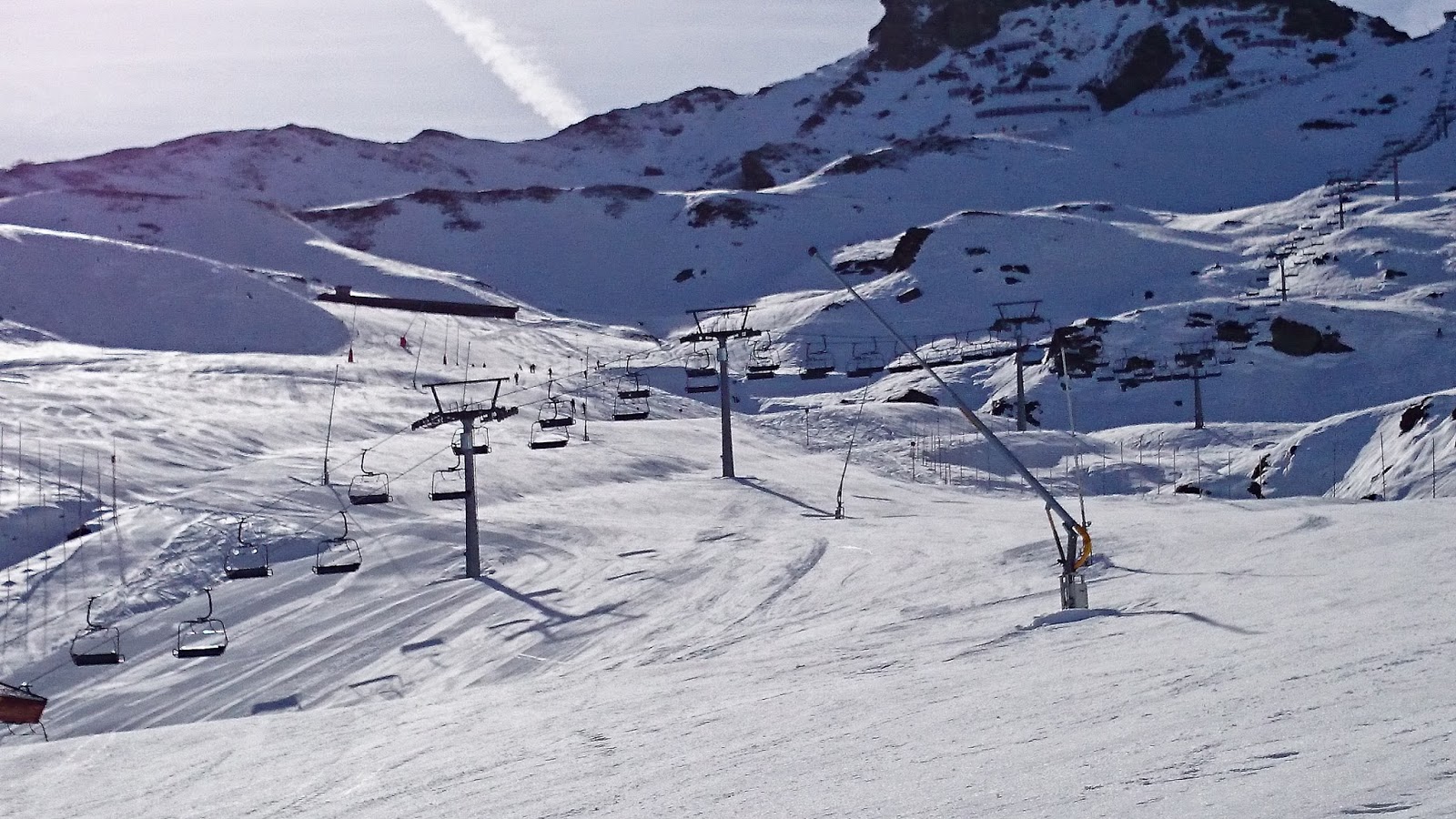 Looking back to last year it was 2 weeks later when I first walked up.  For some reason I thought it would be quite quiet today, but no…  As I drove into the car park I could see about 30 people walking up the beginner slope and that was just the start.  There was a steady stream of people walking up and, of course, skiing down the whole time I was there. 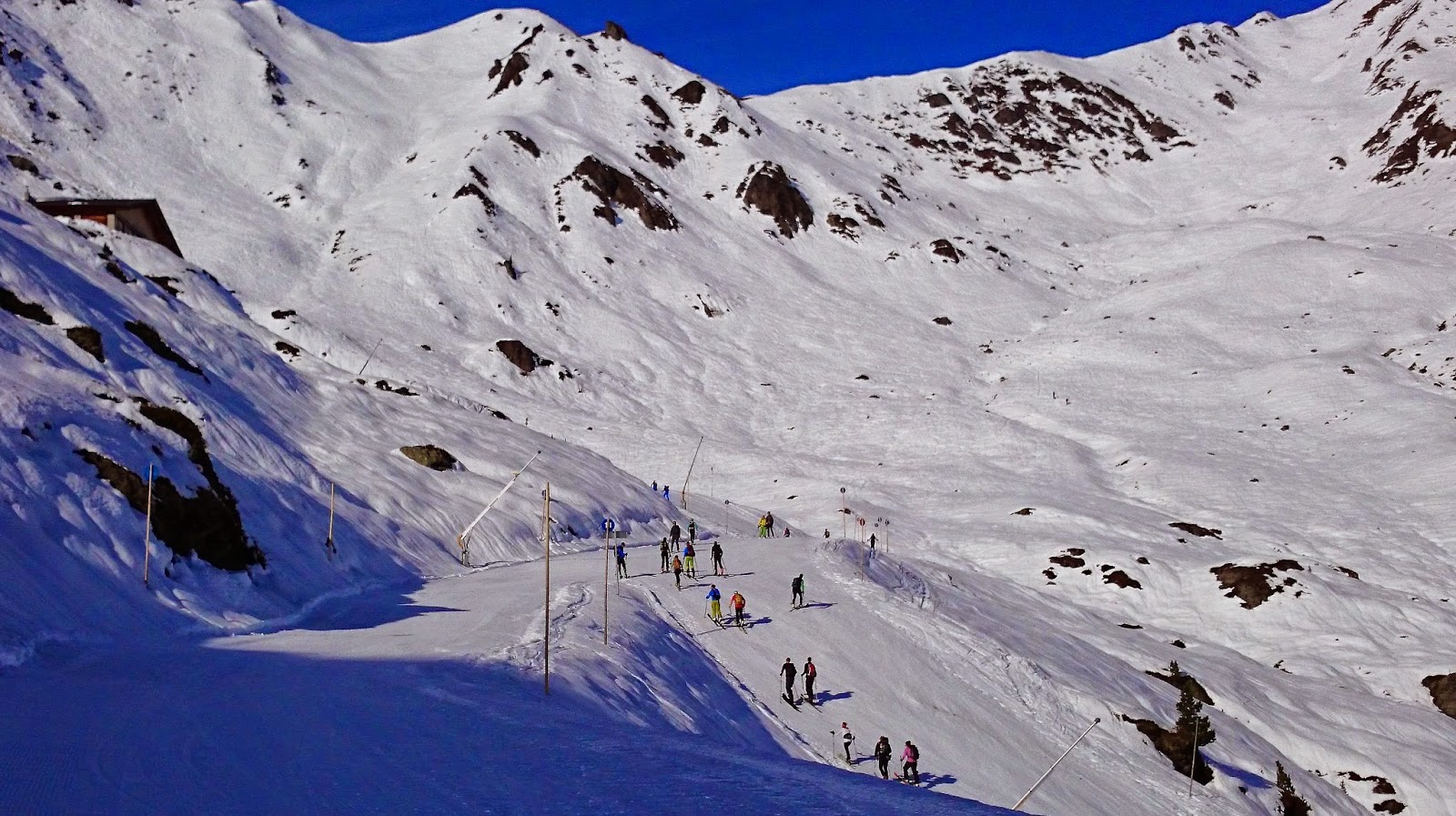 I wonder if the ski area will start charging tourers to park in the car park or selling some kind of pass to allow them to walk up the piste.  There were a lot of people taking advantage of the easily accessible, well pisted snow – and I’m sure that not all of them have bought a season card.
It was great to be back on skis in Hochfügen.  The season is just about starting…  Bring on the snow!